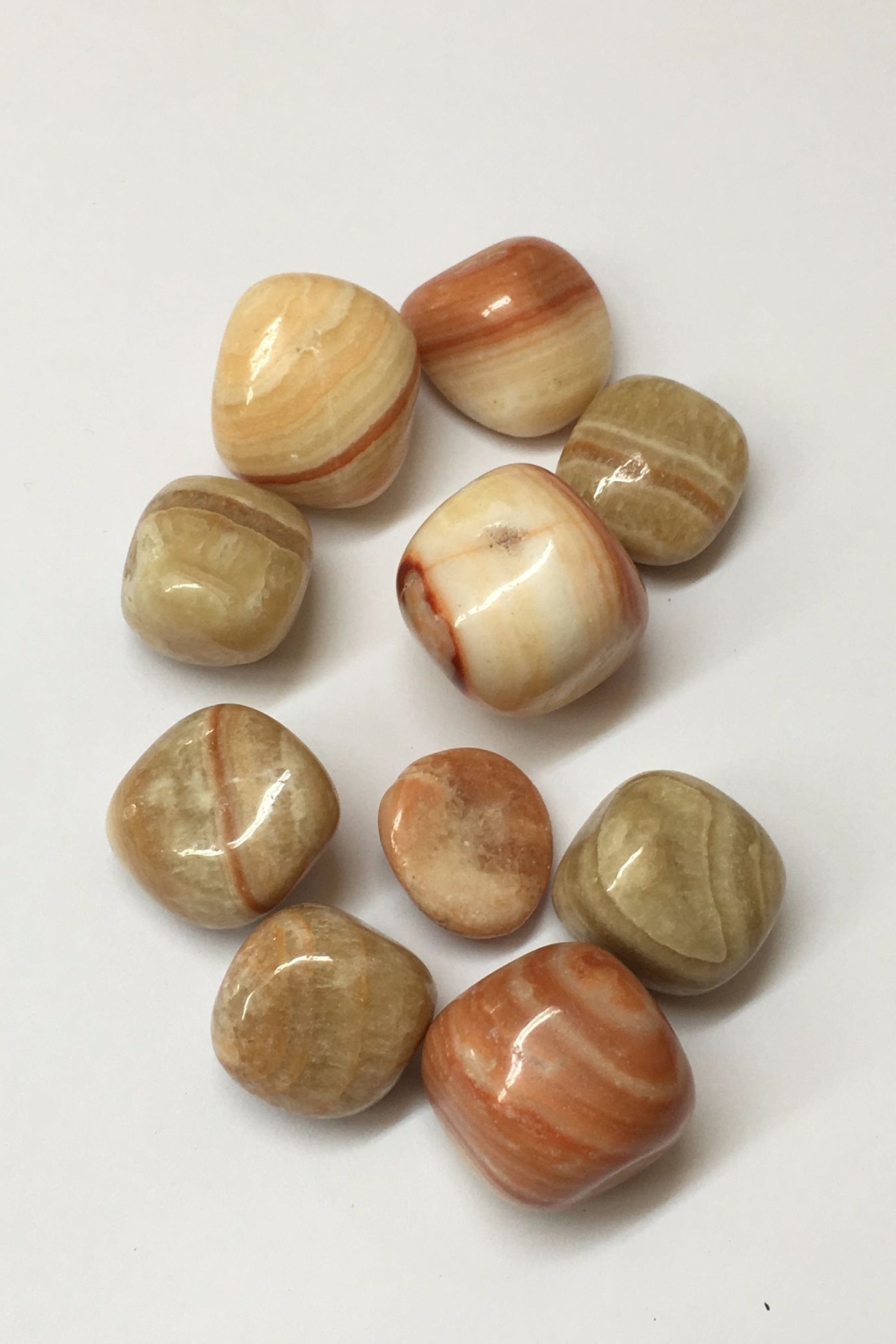 Magical Uses: In general, the agate is utilized in spells and magical rituals involving strength, bravery, longevity. Worn on the arm or carried while gardening, the agate increases your plants fertility and ensures a bountiful crop or healthy flowers.

Formed from microscopic crystals of quartz laid down in bands, this is a very stable crystal. Agates are grounding stones, bringing about an emotional, physical and intellectual balance. They aid in centering and stabilizing physical energy. Agate has the power to harmonize yin and yang, the positive and negative forces that hold the universe in place. A soothing and calming stone, Agate works slowly but brings great strength. It's multiple layers can bring hidden information to light.

Recommend this to a friend  +