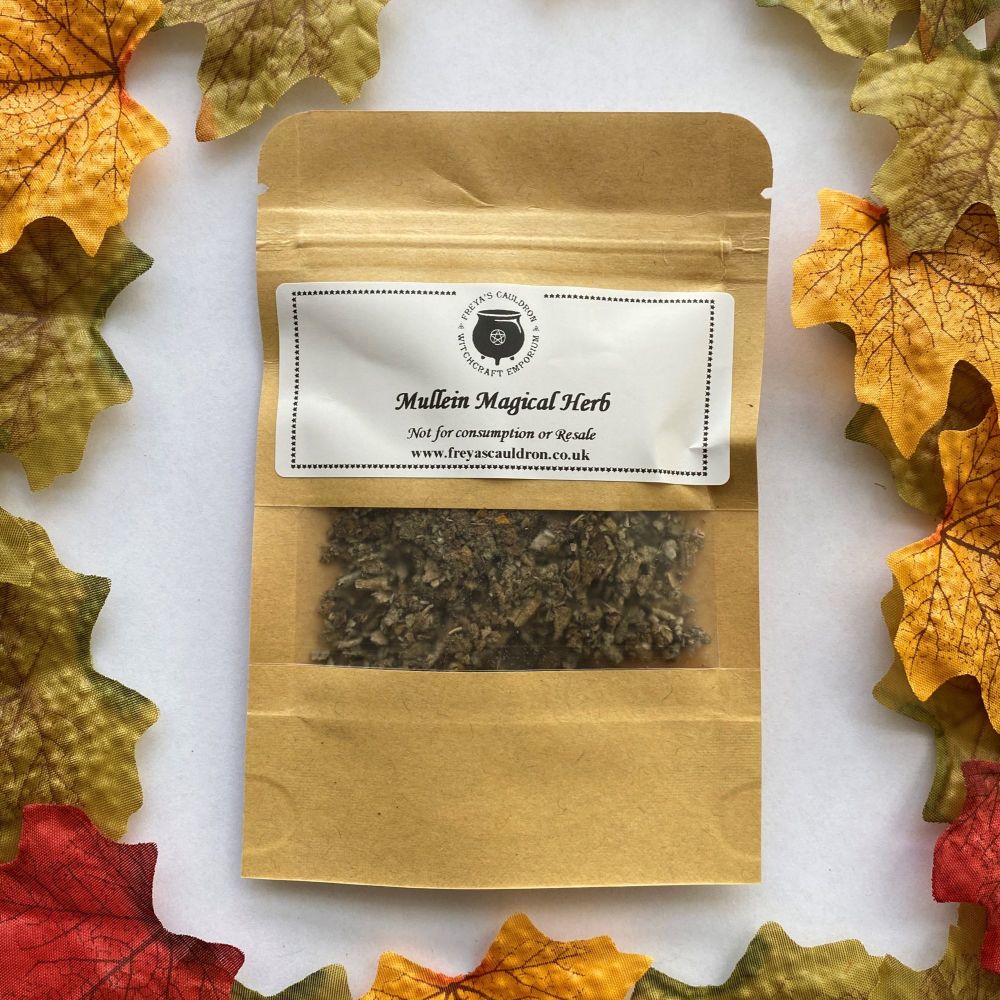 2 in stock.
0 in your basket
View Basket Checkout

Magical Uses: Mullein instills courage to the bearer, a few leaves placed in the shoe keeps one from catching a cold. Carried to obtain love from the opposite sex. Stuffed into a pillow or placed beneath your pillow, it guards against nightmares. In India, Mullein is regarded as the most potent protector against evil spirits and magic, and is hung over doors, in windows, and carried in sachets. It is also used to banish demons and negativity. Powdered mullein leaves can be used as a substitute for Graveyard Dirt.

The herb comes in a grip seal packet for freshness and contains approximately four tablespoons of herb.